eNCA is both proud and sad to announce that Group News Editor Ben Said will be leaving us.
Said has been offered and accepted a senior position with TRT World, a new English-language global news channel based in Istanbul, Turkey. This comes after several eNCA staff have been recruited by international news organisations including CNN, Al Jazeera and CCTV among others in recent years.

Ben Said joined e.tv as a producer in 2000 and soon rose to the ranks of Senior Reporter and eventually Group News Editor. “He has been an inspirational leader committed to mentoring the next wave of management and dedicated to transformation within the company. Never shy to share more than two decades of news experience with his colleagues, Ben Said leaves a huge gap in our organisation” says Managing Director Patrick Conroy.

Once again eNCA has proven to be a breeding ground for top international news talent. “We are comparable with the best in the world hence the constant poaching of talent from eNCA. It is something that both concerns us but is also a compliment,” says Mapi Mhlangu, eNCA’s news director. 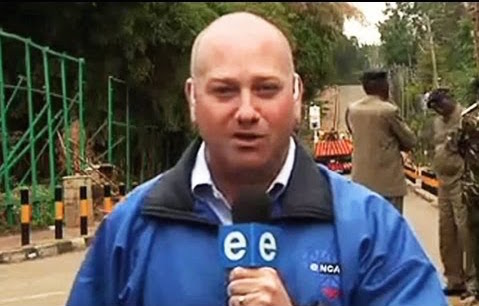 eNCA is the most watched news channel on DStv and its online division recently surpassed one million unique browsers in South Africa.
“It has been an absolute privilege to grow alongside eNews and eNCA for the past 15 years. While I am incredibly sad to be leaving, this feels like the right time to be making a move like this,” says Said.

“In December, I will leave behind an experienced Management team and the hardest-working, most dedicated journalists, camera-operators and technical staff in South Africa,” he adds. “As our democracy faces challenges, independent media like eNCA remains committed to holding up a mirror to our changing society. There will be exciting times ahead for a channel I will miss greatly.”